Not sure if I've mentioned my love of the Union Jack.
this past week I was lucky enough to come across two wonderful dressers. 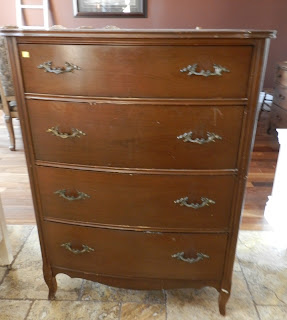 The first one just melts my heart. I love bow front dressers and I can't wait to get started on it. 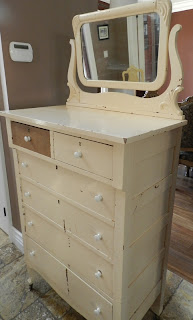 This second one was once saved from the "curb" by a woman who rescued it from her brother in law way back when she was only 17. She no longer needed it or had room for it. So I rescued it from her.
At the same time I had a client who's son is moving out. He's in a band and she wanted something "funky" for him.
And since she mentioned the union Jack...I ran with it :)
Obviously I had to strip this down.
I painted the majority of the body with a wonderful blue. No seriously. I LOVE this blue 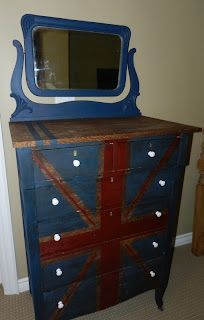 Then instead of painting white..I left it natural. 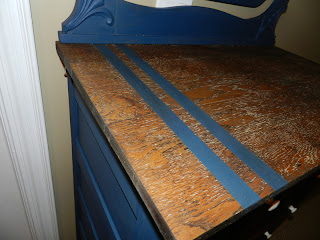 The paint was so deeply ingrained in the wood it would have taken a LOT to get it totally out. I mean I would have had to sand for HOURs. Since this was going to be "funky" I sanded it smooth but made sure to leave some of the paint there. Loving the effect. :) 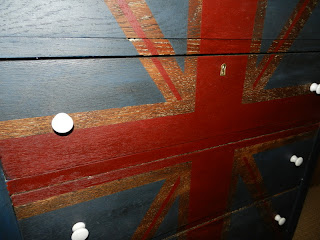 After taping off and painting, removing tape, then taping for the next colour and painting then removing tape again..I think you get the idea.
I stained the whole thing...paint and all to get the deep colours. I'm so glad I left some of the white paint. I think it just adds to the feel of this dresser. 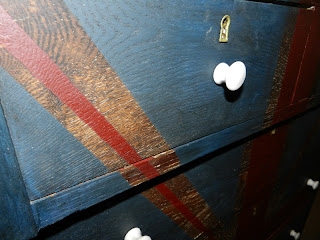 I'm also loving the contrast between the deep colours and the bright white porcelain knobs. 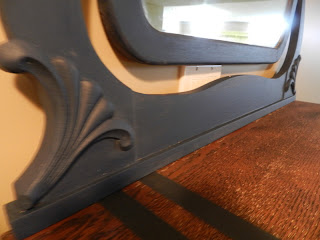 I've seldom found an empire tall boy with a surviving mirror. So happy :) 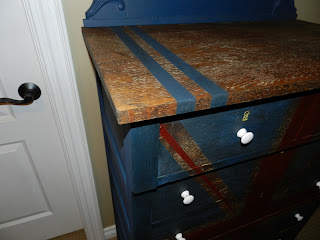 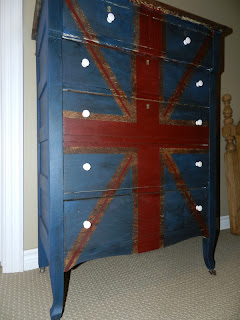 I really hope Cody loves this as much as I loved creating it for him. Enjoy your new home and your new one of a kind dresser :)