End tables and the story behind them.

I'm working with a client who loves colour. And she loves to give.

She was given this set of end tables. 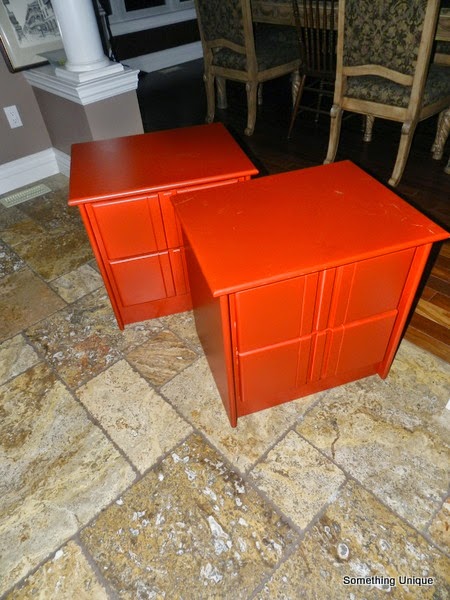 She wanted to give them to her aunt.

Now for the story.
She had a couch in her basement she was gifting to her aunt. So the two of them decided to haul it up by themselves. Now picture two middle aged women, both under 5 feet tall trying to move a bulky couch up a set of old stairs.
Fun right?
Then the couch get stuck.
When I say stuck....I mean, my client started jumping on it to get it unstuck.
It wouldn't budge.
Sooooooooooo
What do these women decide to do?
Cut the couch in half of course.
When she was telling me this, I started to laugh. And told her I could just picture her with a saw going through the couch.
She quickly corrected me
No ordinary saw was used. She brought out a chainsaw!
My jaw dropped. OH MY GOODNESS!
It was her turn to laugh. Her aunt loved having two smaller couches now. Had them redone as two. One redone in Blue, and the other in green.
Could I make these end tables match the two couches? Make them industrial at the same time?
You bet! She didn't want knobs added. I do have to find some funky hooks to add to the sides so that her aunt can use them to hang "stuff" on.
Will do that before she comes back to pick them up. 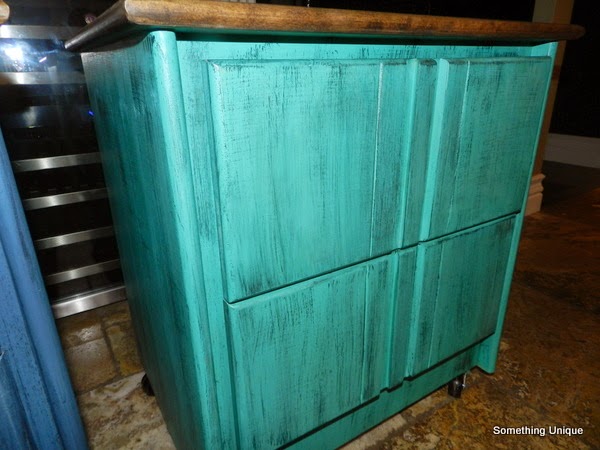 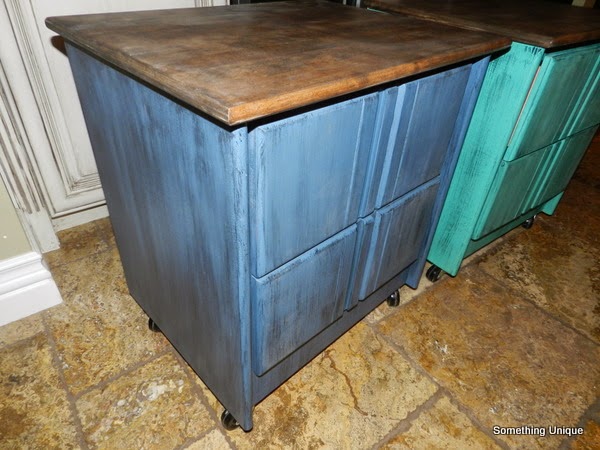 Casters were added...although I didn't dust them off. 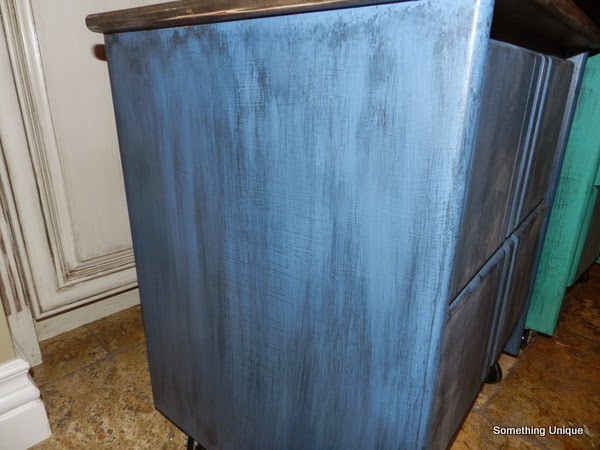 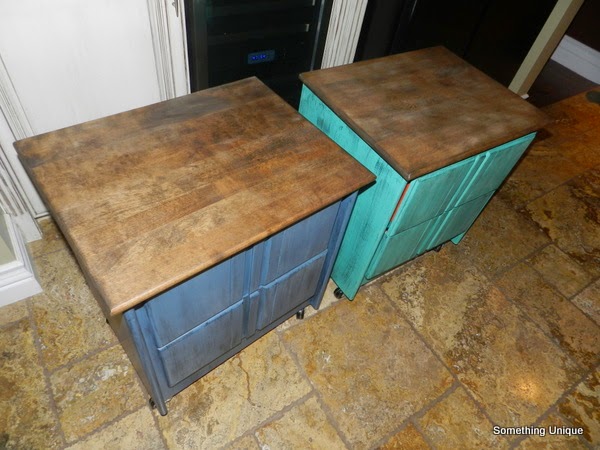 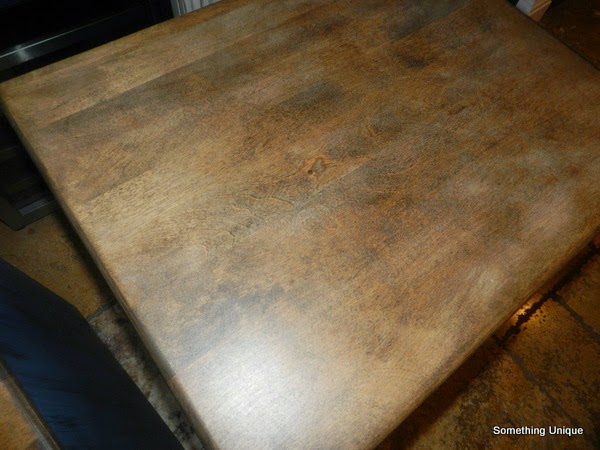 Cool end tables, for a very cool lady with an even cooler aunt.

PS......she has to replace her banister, apparently the chainsaw did damage to that too.